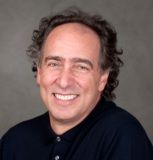 Interview with Hal France, relayed by Nebraskans for the Arts Director, Marjorie Maas

MM: What set you on a path pursuing the arts? Did you have a particularly impactful arts educator?

HF: I had some very strong experiences in elementary school and a very large hiatus until college. My parents were both strong in education and the arts. No one pushed me, but it was there. I had a wonderful music teacher in sixth grade, Mrs. Fish, in band and the production of Gilbert and Sullivan's "HMS Pinafore." She really supported me and made it a lot of fun. I hadn't been on stage that much, I'm sure I was pretty obnoxious. But I was so excited by it, that I thrust myself forward. I didn't see any other way to do it. That was one of the best years of my life; it had so many dimensions to it.

I had a fine piano teacher third grade to eighth grade, Mr. Cafarelli. I also played piano for kids at school, and noticed when I did that girls were more interested in me. I didn't really have arts in high school and was very involved in sports, football and basketball. As I got into junior high, sports won over.

MM: What transitioned you back to the arts, opera in particular?

HF: I got to end of high school 1970, and there was a lot of music going around that was related to what we were doing with the Vietnam War. I started writing songs and performing in coffee houses, and this led me back to take music lessons, piano lessons in particular. Mrs. Wolffe was my teacher, and I studied with her for a summer. She gave me recognition of my ability and told me I was very musical. People don't necessarily know that themselves.

I went from not playing the piano to playing eight hours a day. This changed my life; all my friends were athletes. I became a different kind of person. I would consider Mrs. Wolffe my most important art teacher; she gave me a view of myself that I wouldn't have had by myself. It impacted me so much so – that I would later become a music major.

Starting my sophomore year, I took a lot more music classes. Then I transferred to another school for a better program. This led to me following a teacher out to Los Angeles. I got hooked up with opera at 24 and then went on to Julliard. When I got to opera, it made sense, it was definitely what I wanted to do. That early experience of being in a production early on made all the difference.

HF: My parents never pushed me – they waited a long time to see if this was really what interested me, and then gave me 100% support. I was also so shaped by being involved in opera, which is the collaboration of the arts. It gave me an opportunity to work with people in different areas of arts.

(Arts) teachers open doors for people, I had some that opened doors for me. Then, they leave it up to you. You never know what the door might lead to – it might not be a career in the arts, but it will be something. It's a window into yourself.